Images Of My Thoughts . com

Minister of Internal Security, Yitzhak Aharonovitch, and Police Commissioner, Yohanan Danino, take part in a festive ceremony awarding ranks to senior officers stressing their policy to strengthen ‘core police functions’ and reinforce the ‘front line’ of police services to the public including reallocation of organizational resources and personnel. The ceremony took place in the National Police Headquarters mess hall. Ten of the thirteen officers promoted to Chief Superintendent are station commanders and Border Police company commanders in accordance with Danino’s policy to reinforce the ‘front line’ of police, which serves as the ‘face of the police’ in the eyes of the public. Station chiefs promoted include Givatayim, Nazareth Illit, Modi’in, Harel, Migdal Haemek, Golan, Ofakim, and Arad police stations, previously considered “small” police stations in terms of numbers of policemen and the scope of the public they serve. Border Police company commanders promoted are Coral, Beit Horon and Company MZ in the Judea and Samaria.

Commissioner Danino stated “The move to implement 2012 as the ‘Turning Point Year’ will bisect all departments and districts. The center of gravity will move from the headquarters to the field. The move constitutes a new outlook for the public based on communal policing, strengthening field units, and providing more security and better service to the public.” 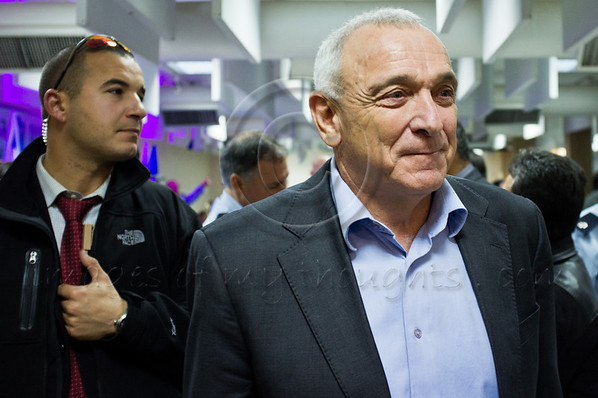