Images Of My Thoughts . com

20130217 Pres. Shimon Peres hosts a delegation of senators and congressmen

President of the State of Israel, Shimon Peres, conducts a work meeting in his residence with a bipartisan delegation of senators and congressmen led by Senator Ben Cardin who serves as co-chair of the Helsinki Commission. Jerusalem, Israel. 17-Feb-2013.
Read More 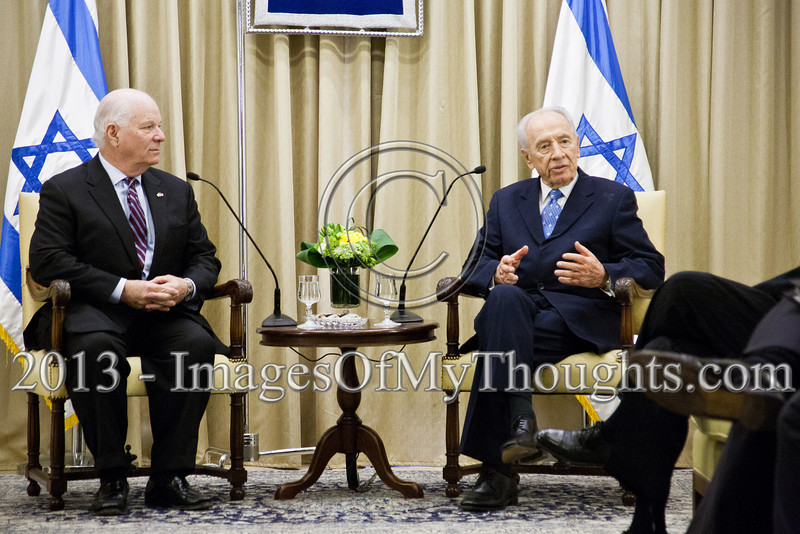